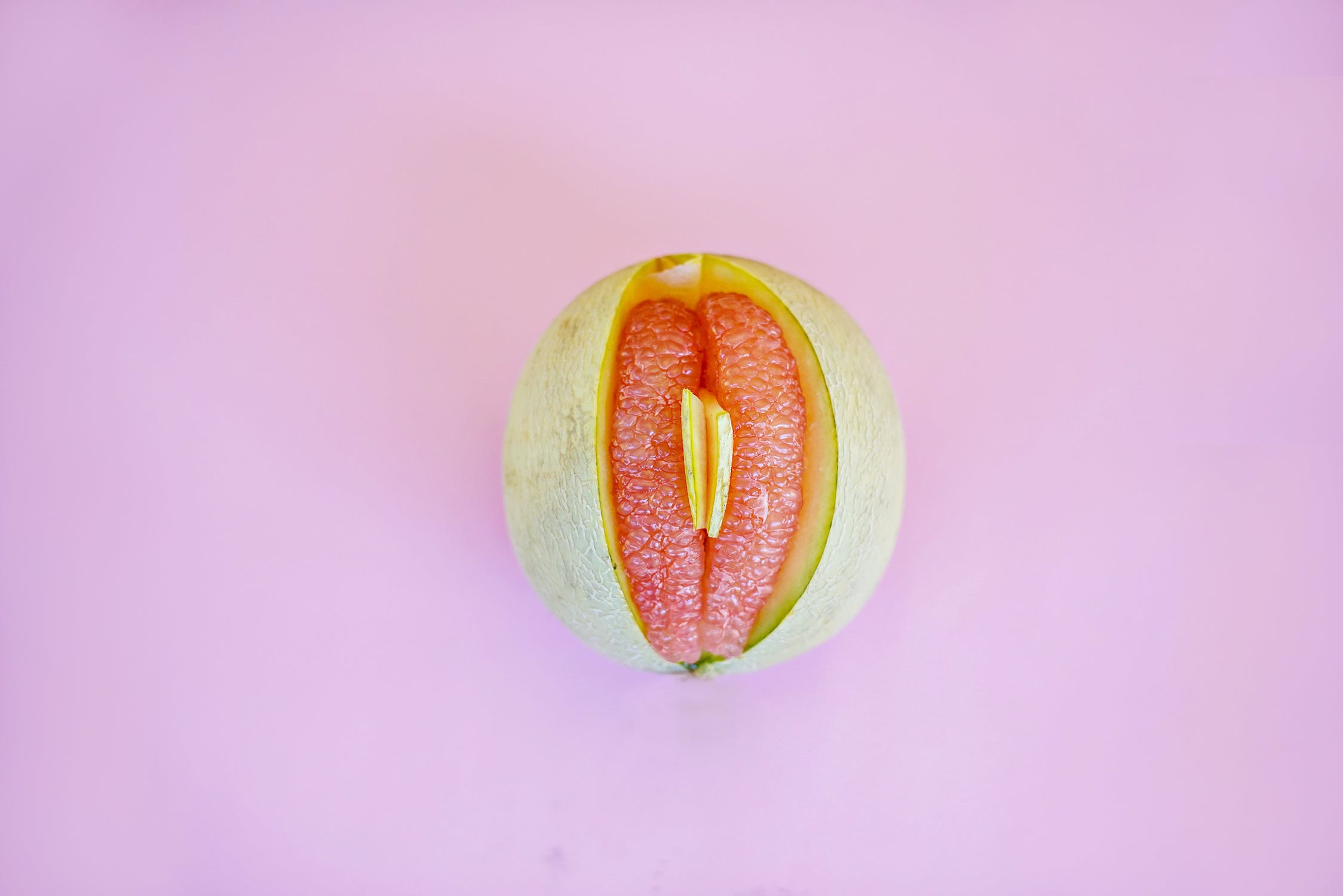 AS DESCRIBED BY HER OWN WEBSITE, DR. JILL McDEVITT IS “A SEXOLOGIST, SEXUALITY EDUCATOR, SEXUAL WELLNESS COACH, AND FEEL-GOOD ACTIVIST”. FEMINIST TRASH RECENTLY GOT AN OPPORTUNITY TO SPEAK WITH THIS MAGNIFICENT WOMAN, DISCUSSING SEX TOYS, FAKING ORGASMS AND THE POLICING OF SEXUALITY.

FT: Hello, Dr. McDevvitt. Thank you so much for speaking with Feminist Trash. We are total fangirls of all the work you do! Jumping right in, how did it first feel sharing with others that you were pursuing a career studying sex? Were you ever met with resistance on educating others about sexual health and sexuality?

JM: Thank you, that’s so flattering because I am also such a huge fan of Feminist Trash and Joanna’s art!

I have wanted to pursue a career in human sexuality since I was 15 years old, so it has been a life-long passion of mine. And yes, I’ve received significant push-back over the 20 years since.

Thankfully, my school guidance counselor, parents, and even grandparents were very supportive! When I was an undergrad and writing a sex column for the college newspaper, I used to send it home to my mom and dad to proofread before I submitted it. My Gram has called me ‘Dr. Jill’ since I was a teenager- way before I actually was Dr. Jill. My second book, “Sex Positions for Every Body”, is actually dedicated to her because I’m so grateful for her love and cheerleading over the years.

But outside of my personal circle, the resistance has been intense and scary at times. The examples are innumerable; so many I actually published a memoir 10 years ago called “Fighting The Crusade Against Sex: Being Sex-Positive in a Sex Negative World”. It outlines all the incredible resistance I had faced to that point in my career. Some highlights include:

Well, that’s a long-winded way of saying YES! I’ve been met with obnoxious amounts of resistance on educating others about sexual health and sexuality. FT: We appreciate you’re being a huge advocate for sex toys. My personal favorite toy is the Santa Monica Starlet from CalExotics’ California Dreamin’ line. You know, I happened to grow up in a household where female masterbation was deemed disgusting. Luckily, I did win that battle against shame. But what are some tips you can suggest for those who struggle with shame in regards to their sexuality?

JM: I LOVE Santa Monica Starlet, and I’m so excited that the amazing folks at CalExotics hooked me up with one as a giveaway to one of your readers! FOLLOW FEMINIST TRASH AND DR. JILL McDEVITT ON INSTAGRAM FOR A CHANCE TO WIN A SANTA MONICA STARLET!

And I’m so glad you won the battle against sexual shame. Overcoming that has become the center of my work as a writer, educator, and in my 1:1 coaching practice. After everything I’ve been through as a sexologist, it’s very clear that shame is the motivating factor in the pushback people have given me. They have shame around sexuality. Seeing me advocate unapologetically for people - especially women - to have a positive relationship with sexuality upsets their worldview. It throws the balance of control and power askew in their eyes, so they lash out. And then their shame can become others' shame, and round and round it goes.

The good news to your readers is that shame CAN be eradicated in your life, as you’ve experienced. I’ve seen it and helped many people do it!

First is giving yourself compassion for feeling shame in the first place. One of the many toxic things about shame is that we often feel shame and embarrassment about the fact that we feel shame and embarrassment. As I tell my clients, “OF COURSE you feel shame”. Of course you do. Shame is the natural response to being told that something about who you are - your sexuality - is bad, dirty, sinful, shouldn’t be talked about, shouldn’t be named, etc. When you had health class telling you sex will give you diseases and then no one will like you, and your church telling you sex is only between a heterosexual married couple, and your parents telling you that “you don’t touch yourself there!”, and kids at school telling you girls that kiss behind the bleachers are sluts, and the news telling you that movie star didn’t really rape those women, they just want his money, and the government is telling you that birth control does not have to be covered by health insurance but Viagra does, and on and on and on, OF COURSE you feel shame about sexuality.

Another tool that I teach in many of my different classes and workshops, is introspection and accountability. As I mentioned, shame goes round and round. One person’s shame causes them to shame others, who internalize shame and then shame others too, and so forth. Pausing to be introspective about the ways you may be inadvertently contributing to this is powerful. How might your shame lead to slut-shaming, body-shaming, victim-blaming, heteronomativity, sex-negativity, and other harmful behaviors? Reckoning with this not only helps stop the cycle, but it can be incredibly powerful in your own healing.

FT: The sex industry is largely run by companies who strictly cater to cisgendered heteronormative sexual appetites. For this reason, walking into a sex shop can be quite off putting to some. How can we as a community make the topic of sex safer for those who feel

marginalized, objectified, and completely dismissed from the common narrative?

JM: We can keep speaking up! Shame requires secrecy to thrive, so just the very nature of talking about things helps a lot. This includes speaking up about what you want and need. Most businesses evolve with customer demands - they have to in order to survive. However, for sex shops - due to shame and embarrassment around sex - people don’t give feedback and make demands that helps the business grow in the way they would telling a restaurant they want gluten-free options, or a bookstore that they want a bigger historical fiction section. Tell your local sex shop how they can better see you and serve you, anonymously if that feels safer. I’ve done sex ed trainings with many sex shop owners and retailers over the years, and I can tell you that most really want this..

25 years ago, the sex toy industry was mostly phallic products. When the CEO of CalExotics founded the company, they were the first female-owned business in the industry. And they introduced more clitoris-centric products, rabbit-style vibes - like Santa Monica Starlet. They feature a clit stimulator, water-proof toys, silicone toys, toys made in pink and other colors instead of just flesh tones, non-masturbatory sexual health products like vaginal dilators and packers, and sex-positive packaging. The industry is getting better and better every day, the more that people who feel marginalized, objectified by, and completely dismissed from the common narrative join the industry.

JM: This question may need to be its own post because I could get on my sexologist soapbox about this for the next 10,000 words! I have been teaching a course called “Female Orgasm 101” for 14 years now, with 30,000 participants in attendance. Long story short: YES! Faking orgasm is an unfortunate phenomenon and really can have negative impacts in myriad ways.

FT: For my next question, I will pick your brain here for my own personal gain. (Haha) I am a bisexual woman, which prompts a lot of unwanted comments and suggestions. Many people have told me that I’m going ‘through a phase’. I’ve also had male partners who sought to use my sexuality as some performative action for their personal gain. What advice can you give to bisexual women who have experienced something similar?

JM: I see you! Bi-erasure is real, and not cool.

I work with a number of clients who have faced similar struggles, and what has been a helpful tool for them is leaning on the LGBTQ+ community. That’s what community is for, right? Whether it’s a bisexual friend or elder you trust or a local organization or online group you’re a part of and feel safe in, ask others if they would be willing to share their own experience on how they handled this in their lives and relationships. There is so much collective wisdom on - for instance - how to shut down that type of rhetoric, how to have tough conversations about it with uninformed loved ones, tips for recognizing when a potential male partner is being voyeuristic about your bisexuality, and so on. No need to reinvent the wheel when, unfortunately, so many others have faced the same struggle.

FT: And finally, why do you, Dr. McDevitt, want to get more people talking about sex?

A huge thank you to Dr. Jill McDevitt for chatting with us!