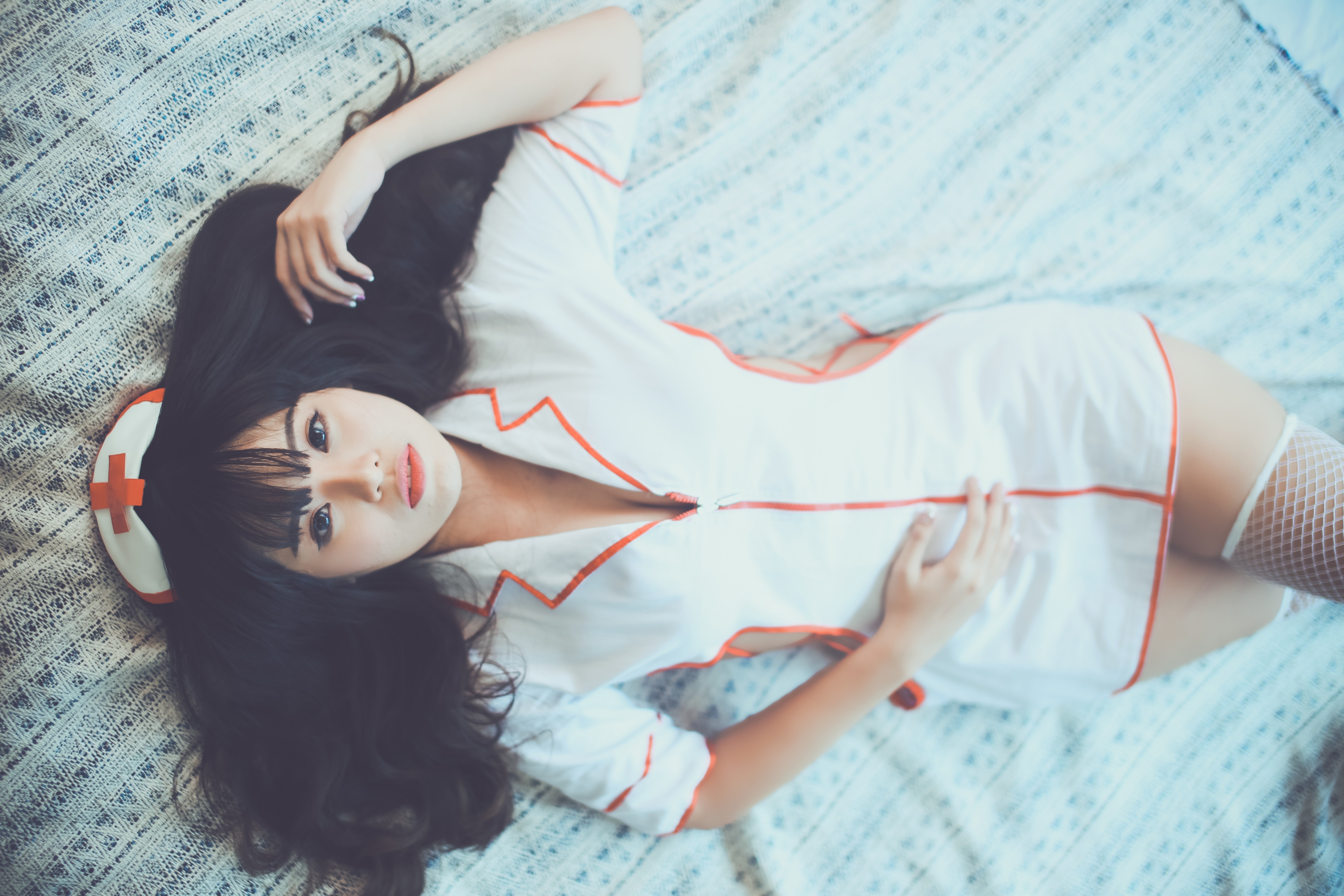 With the popularization of Only Fans, a content subscription service based in London, which is popular amongst sex workers, sex work has become more accessible than ever before. Now more than ever women are being able to extend their autonomy, attain financial independence, and build an identity for themselves through the sex industry. Yet society’s view of the sex worker or the prostitute remains regressive.

The modern sex worker is seen as a humiliating product of their own bad choices and desperate circumstances, if not an evil witch aiming at the downfall of a man. Sex workers are shamed for their loose morals and blamed for the degeneracy of society by most and pitied for their bad reputation by the rest.

Despite the overwhelming attempts at criminalizing the sex industry, it has continued to exist, nay thrive in almost all parts of the world. Sex workers throughout history have also been major components of political drama, social change, and even the struggle for women empowerment. In fact, for most of civilization, sex workers were generally the only women who existed independent of a man.

This power and opportunity sex work has given women, not the commodification of sex is what is so offensive to society, making the industry a victim of overwhelming shaming and condemnation.

THE HISTORY OF SEX WORK

Despite the popularity of the cliché, sex work is actually not the oldest profession in the world, midwifery or hunting would be a better bet. Research by George Peter Murdoch found that prostitution didn’t exist in much of the ancient primitive societies. Sex work always seemed to exist alongside trade.

THE CLICHE THAT SEX WORK IS THE OLDEST PROFESSION IN THE WORLD HAS BEEN DISAPPROVED. IN FACT, PROSTITUTION DIDN'T REALLY EXIST.

Societies which were not centered on trade and money often did not possess the concept of prostitution, and sometimes sexual shame. Northern tribes of Thailand, which didn’t use money, had no word for prostitution in their vocabulary. There is no evidence of prostitution existing in with the Maori (indigenous Polynesian) people before the arrival of Europeans in New Zealand. And, when Christian missionaries attempted to translate the Bible to Hawaiian, they were forced to create a new vocabulary to express concepts such as “sexual shame”. Similarly, with the Native Americans, prostitution didn’t exist until the European colonial attempt at civilization.

The cliché that sex work is the oldest profession in the world has been disapproved. In fact, prostitution didn’t really exist. Yale economic Keith Chen firmly proved this link between the commodification of sex with capitalism. His experiment which introduced currency into a Capuchin monkey society immediately saw the female monkeys exchanging sex for these coins.

This is to not say that women and men did not use sex to trade and garner favors. However, documentation and accounts of this are incredibly low. Most of the documentation of pre-colonial societies no longer exists and most of our information of such cultures is based on the often hostile accounts made by Europeans.

The language and cultural barriers, along with the expected racist nature of these accounts, make them often vulnerable to mistranslations. For example, the concept of ‘sacred prostitution’. The translation by Spanish Conquistadors of the Aztec word ‘Ahuifenime’ to prostitute does not accurately depict the meaning. Aztec specialist Dr. Lopez Austin believes Ahuienime is better translated to ‘bringer of joy’. Dr. Lopez-Austin further expands that the Spanish writers, Catholics in their culture and belief, we're unable to see beyond their cultural attitude believing the Ahuienime to be ‘sinful’. On the other hand within Aztec culture, the role of the Ahuienime was to allow for more intimate communication with the divine through sex.

However, new research has cast doubts on this idea of sacred prostitution, giving suspicion that older historians had significantly exaggerated this concept. Certain historians, lead by Julia Assante, is convinced that sacred prostitution is a myth created to serve the male fantasy. Nevertheless in South Asian culture, the concept of the Devadasi continues to exist.

Devadasi, meaning ‘servant of the gods’ dedicate themselves to serving the temple and cannot marry any mortal. Legends have it that these girls and women raised and employed in the temples had the highest education, making them some of the premier artists and intellectuals of their time. And unlike other women, were independent of men, and were free to choose sexual partners at their own whim.

However today, the Devadasis are young girls who largely belong to the lower castes in India. They are being sold to the temple and are treated as child prostitutes. Such sacred prostitution can no longer fall under the term of sex work but is far closer to sex trafficking than the consensual business that is sex work.

Despite all this, prostitution is heavily criminalized in many countries, such as the United States, Brazil, the Czech Republic, India, and China. Europe and its various tourist red-light districts are known to be more evolved regarding sex work. However, even here, despite being legal, sex work is considered a real job in very few places. Sex workers don’t need to worry about being criminals; however, they are not recipients of social security, labor laws, or health care.

Studies have shown that the criminalization of sex work is directly helpful to sex trafficking. Criminalizing prostitution does not only increase the dangerousness of the industry, making sex workers more vulnerable to violence, rape, assault, and murder, but it also creates the illusion that sex work and sex trafficking are equally wrong and exploitative. This enables the police and the criminal justice institutions to use excessive violence and severity upon adult consensual sex workers, and claim it to be active against the sex trafficking industry.

SEX WORK HAS EXISTED FOR AS LONG AS TRADE HAS. IT WILL CONTINUE TO EXIST AS LONG AS LABOR MUST BE SOLD TO OBTAIN BASIC NECESSITIES.

Such criminalization and lack of regulation only serve to further push sex workers to the fringes of society, villanizing and dehumanizing them. It also restricts their access to justice and empathy from society. Such treatment of independent people taking advantage of the over-sexualization of the feminine body and the commodification of sex works to discredit their experiences and invalidates their reality. Considering that the main consumers of the sex industry are respectable and often married men who have been granted financial, social, and intellectual status by society, the villainization of the sex industry enables them to push the public disdain from them to the sex workers.

Campaigning for the rights of sex workers, even the wokest of circles is not seen as the right thing to do. The image of the sexually empowered femme fatale, entrapping men from their loyal and committed marriages continues to prevail. This stems from the patriarchal culture which knots a woman’s worth with her capacity to keep a man monogamous, delegating all other women, as competition. Others often consider it as enabling the lazy and vile behavior of women attempting to avoid the capitalist workforce by exploiting a man.

Sex work has existed for as long as trade has. It will continue to exist as long as labor must be sold to obtain basic necessities. The only real way to ensure the rights of all people, the safety of the sex industry, and the elimination of sex trafficking is by legalizing and accepting the sex industry. Fair regulation must be implemented to ensure the safety and security of sex workers, and policies must be created to prevent the exploitation of the industry.

* The word prostitution is used to describe a particular type of sex work and is in no way meant to dehumanize or marginalize.

Leah Koonthamattam is a Master's student at Sciences Po, Paris studying International Security. She is passionate about politics and distracted by excellent protest culture. She hopes to combine her love for writing with her love for research to make the world a slightly better place.