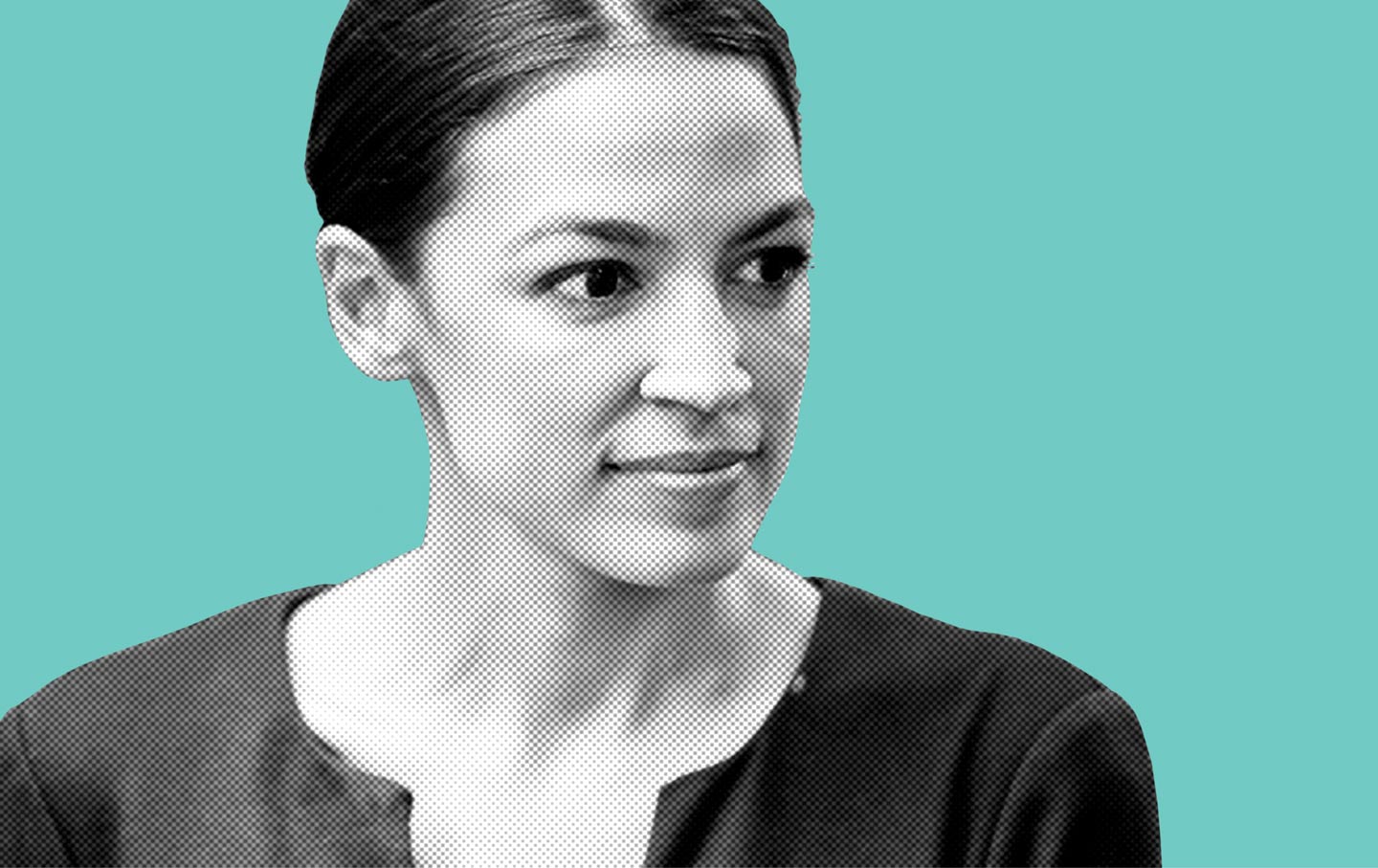 I REMEMBER THE FLUTTER IN MY HEART WHEN I SAW REPRESENTATIVE ALEXANDRIA OCASIO-CORTEZ FLAWLESSLY RESPOND TO REPRESENTATIVE TED YOHO. HE HAD CRASSLY CALLED HER AN EXPLETIVE ON THE STEPS OF THE CAPITOL, AND TO REBUKE YOHO'S SHELL OF AN EXCUSE IN THE PLACE OF AN APOLOGY, SHE STOOD IN FRONT OF CONGRESS UNWAVERING. IN A POWERFUL RED BLAZER, SHE WENT ON TO GIVE A STATEMENT THAT WAS HEARD AROUND THE WORLD.

The recording of her refusal to not only accept his apology, but to need it at all, went viral and even became a remixed usable audio on TikTok. As a trend on the app, girls put on red lipstick and mascara, mouthing the words with a challenging stare. And as I too donned the classic red lip and began to memorize her speech word for word, I paused. Looking at my reflection in the front-facing camera, I realized that what was true for her was not true for me.

Referring to her parents, AOC closes her argument affirming that she is making this statement because “they did not raise me to accept abuse from men”. The resolve in her tone, her voice, and her eyes made it clear to those listening that what occurred may be unfortunately common, but it is highly unacceptable. It was a firm foot on the ground that unequivocally said, ‘this is enough’. And watching every young girl on social media share and react to this speech gave me hope for the future.

However, it also forced me to face my own trauma.

As outspoken I may be now in my 30s, it is not by any means a blessing from my parents. I come from a Catholic upbringing that believed that women were bred to be polite, cordial caretakers that showed pride in their ability to raise children and run a household quietly behind their husbands. It was a cherry-topping gift if you are beautiful in addition to those qualities, but only if that beauty was natural and modestly trendy. These were never spoken rules but subliminally stitched into every seam of daily life, from attending church where women were never to hold positions of authority to being taught that virginity is a gift a woman should be happy to bestow upon her husband.

In that blue single-family house, my father reigned supreme. In front of others, he was a warm and loving figure. But at home, he was a tyrant that raged at full volume in the faces of his children until they cried, ensuring he’d broken them into submission. For years, my mother silently watched, allowing me to be conditioned to hearing myself be referred to as a “loser”, a “failure”, and someone “no college or man of class would want”. It hardened my heart, making virtues like trust, communication, and self-worth unattainable for longer than I care to admit. I spent years dreaming of a life of my own. At the time, I’d wanted to go to culinary school in the place of a traditional college. This, of course, was met by a cold and heartless response from my father, saying, “you’re not going to take the easy way out and just bake cookies for a living”. There’s no telling where I’d be now had I started culinary studies over a decade ago.

What was deemed acceptable behavior in my family, opened doors down a long hallway of “abuse from men”. And these hallways only exist in houses built on a foundation of trauma. I learned the hard way, though my own journey of repair and rebirth, that abuse comes in many different forms. And many only leave bruises that are unseen, preventing proof and punishment. Some of it, I’m still unpacking. Some, I’ve locked away in hopes that they’ll never survive in the darkness of my memory. Though everyone suffers through trauma differently, I still consider myself lucky that my scars are internal and hold a place in my fiery heart for those less fortunate than I was.

This abuse from men I was taught to accept is not solely the practice of my generation, or the religion of my parents, or even the culture they descended from. It extends to all women and teens. It is socially conditioned into the children that are taught to smile when asked, and to graciously accept compliments, hugs, and attention. It is taught when little girls are told that the boy who teases them is doing so only because he’s showing affection. In this practice, boys are held less accountable for their actions and girls are trained to write it off.

As the fight for equality rages on, methods of emotion regulation and social emotional learning beam a ray of light on how to undo generations of this conditioning.

Now in my mid-30s, I am happily married and childless by choice. My career revolves around youth development, and I devote myself daily to being the person I needed as a child - but did not have - for the children like me. I am proud to be the one my friends call when they feel at their lowest, because my passion is building women up to recognize their strength and power. I spend most of my day ensuring that I can outweigh and cancel out the damage that trauma has caused. I used to do affirmations, but now I make self-contracts. I push myself to be everything I want to be regardless of the men that told me I couldn’t.

In some ways, I feverishly envy the younger generations that have so many role models to follow and are becoming role models themselves. Some, like young Greta Thunberg, have held their own and stood their ground against world leaders and hate groups, with proud parents behind their every step. Yet, in other ways, my envy becomes pride when I realize that each generation will be more powerful and driven than the last. It gives me hope that this world will one day reach the peaceful, educated place we so strongly believe is possible.

For now, we, as women, need to continue to hold abusers accountable in every aspect of our lives. This means in the workplace, in the home, on the internet, and in politics. It is a constant, continuous, and vigilant effort that we must endure for ourselves, each other, and generations to come.

Listen for this abuse. Speak up when you hear it. And, like AOC, do not accept it.

India is a free-lance writer residing in California with her husband and their family of pets. She is an avid lover of horror movies, Italian food, and doomed DIY projects. A staunch advocate and fighter for the separation of church and state, she is always immersed in a book or documentary about comparative religions and womens' role in it. Follow her on Instagram.