Discovering my sexuality as a disabled woman. 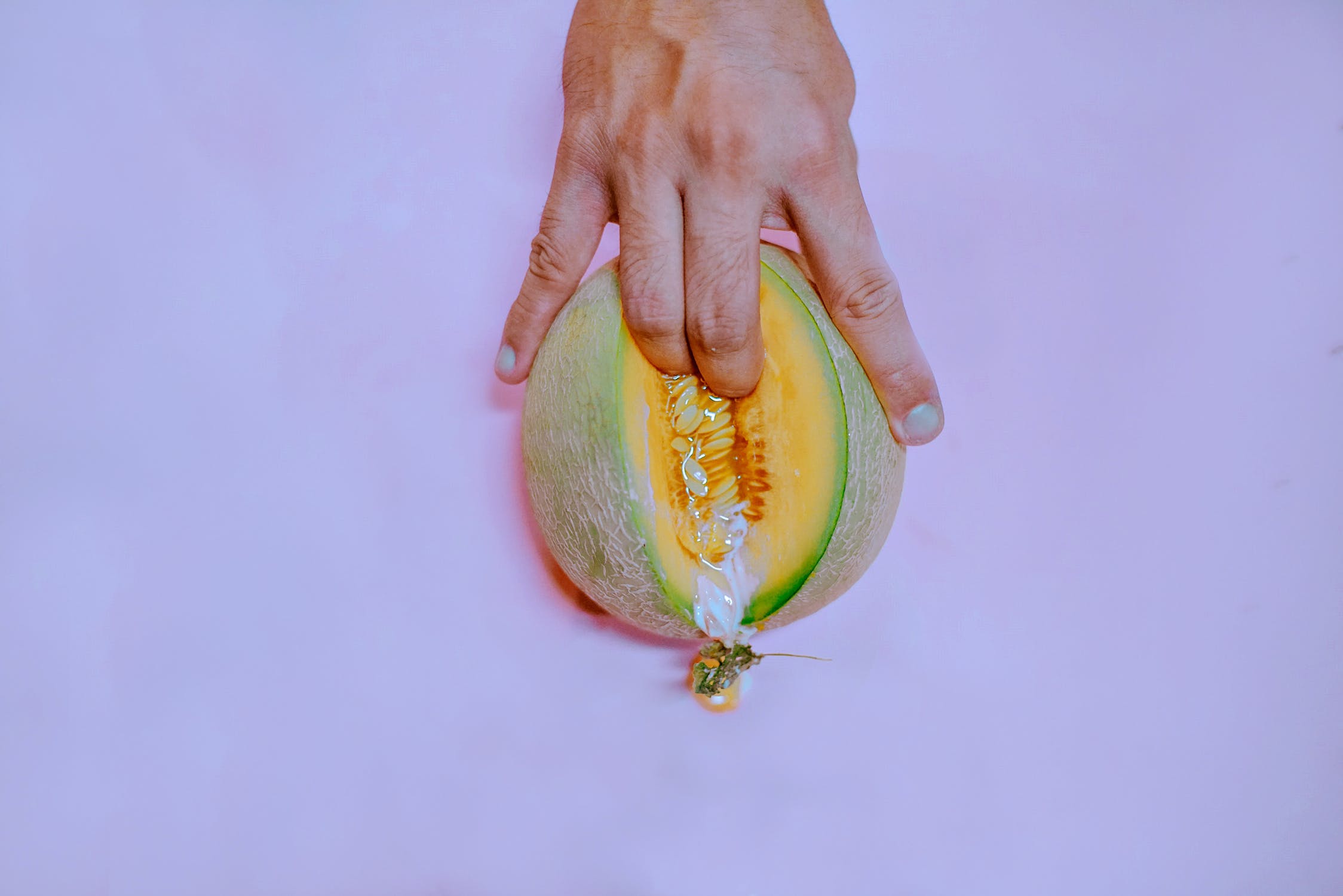 Intersectionality has often been defined as the overlapping of our social and political identities; it is the creation of systemic layers of experiences and discrimination.

People in power have devised a unique system of discriminating against disabled folks : Patronizing them to a level that they are othered; they are mystified as other-worldly, superhuman creatures. But at the same time pushing them to the margins of society : away from social movements, away from protests (by making them inaccessible), away from conversations about sexuality, politics and pleasure, away from political life.

As a disabled womxn, my road to discovering my sexuality has been lonely. Organisations teaching disabled sexual education are few, if any. Growing up, I had a lot of internalized ableism, and I never sought out any support communities for my motor disability and chronic illness. I remember when I used to wear special shoes that used to look huge on my feet. They were called Ankle-foot orthos, and they helped me walk. However, I used to hate wearing dresses at that point because these shoes used to come up to my knees, and I thought I looked ugly.

SEXUALITY CAN BE WHATEVER WE WANT IT TO BE. IT IS AN INDIVIDUAL, SUBJECTIVE EXPERIENCE, OR CAN BE A COLLECTIVE, SHARED EXPERIENCE. SEXUALITY CANNOT AND SHOULD NOT BE CONTAINED IN A BOX.

Furthering this internalized ableism, I also used to have a rule that whenever I would wear a dress, I wouldn't use my crutch. I felt the need to conform to the norm of looking "lady-like" : an idea of femininity that had been ingrained in me by patriarchy and social media.

Society percieves women as two extremes : Asexual or Hypersexual, positive or negative. Disabled womxn are seen as people who are "unfit for reproduction" and so are termed as “asexual.” As a society that is driven by heteronormativity states that the main purpose of sex should be reproduction.

But sexuality can be perceived like a blank canvas : a canvas where we can use black, white, grey colours, or just use every colour in our paint box. Or even so, mix up all the colours together and create a wonderful piece of abstract art. Sexuality can be whatever we want it to be. It is an individual, subjective experience, or can be a collective, shared experience. Sexuality cannot and should not be contained in a box.

In India, where we’re still fighting for our very existence : where our existence is a rebellion.

In this ableist society, which tries so hard to pull us down when we try to thrive, Disability&Sexuality working in tandem seems like a distant dream. The sexuality of womxn is under severe patriarchal surveillance every single day. And our very existence is under scrutiny. After all, according to cultural anthropologist Gayle Rubin, sexual activity outside of the socially sanctioned safe zones of social institutions - such as marriage, heterosexuality, family life, any institutions driven by the intent of a "clear cut morality" - is treated with suspicion and condemnation.

Sexuality - and especially womxn's sexuality and agency - has been debated time and again in current times. Social media outrage, censorship, and conflicting narratives have always been associated with a woman's expression of her truth and identities. Historically, theories and vocabulary surrounding sexual intercourse and reproductive theory has almost always centered on a man's prerogative of sex : his experience and his perspective. So, there’s something inherently political about simply being a womxn with a voice.

For the longest time, I found myself to be undesirable : not capable of acceptance and love : I was hung up on being a "virgin" after all of my non-disabled friends had engaged in sexual activities. Being educated in a non-disabled school, I never had any exposure to disabled people. More folks like me.

After all, society has continued to have a certain discomfort with disabled bodies existing, let alone thriving.

Disability, for womxn, has essentially led to their exclusion from femininity, motherhood, sexual pleasure, and intimacy. But most importantly, it has rendered their voice unheard at the institutional level. They are constantly undermined as decision makers and are deemed unfit for reproduction, marriage, or having sex/sexual partners. Moreover, the vulnerability of these women to violence, and the rampant increase of cases of sexual violence against them both within their homes and in public spaces needs immediate attention. These are all the effects of a socio-political ecosystem that functions on the oppression and exploitation of these women.

It is essential to bring sexuality and disability rights to relevance within the Indian cultural context to empower these voices and enable them to establish their demands for choice and agency. And in doing so, we must also address the dissociation of disability and other identities - such as caste, class, religion and gender - that paints a very simplified picture of a much more stratified narrative. Thus, the alliances between the feminist, LGBTQIA+ and disability rights movements become extremely crucial in the dismantling of heteronormative patriarchal structures that further deny agency to women with disabilities, and take away their space and voice.

EMERGING DISCOURSE NEEDS TO INCREASINGLY RECOGNIZE WOMXN WITH DISABILITIES AS SEXUAL BEINGS WITH EQUAL RIGHTS AND ASPIRATIONS ACROSS ALL STRATA OF SOCIETY.

And this obviously stretches to womxn with disabilities as well. Discourse on sexuality - typically seen as a revolt against a repressive system - becomes a matter of political liberation when disabled womxn begin to recount first hand experiences and narratives of their sexual awakening.

The agentic value that we attach to a disabled womxn's life has been and must continue to be a prominent part of roundtable conversations. The fate of a chronically ill, disabled woman - the tests she has to go through, many of them which are humiliating and intrusive - is often decided by her doctors and parents, even though she has every right to make decisions about her own body.

Agency roams in the dark alleys of a woman's freedom when she's told not to go out beyond 6pm. It lurks behind, always keeping score. It never misses a turn.

Agency is that dimly lit half-broken, half-fused street light that no one tends to or cares about. And it ultimately gets uprooted by the municipality, due to ill treatment and ignorance.

Agency lies in muffled screams, voices that are silenced and sidelined. It lies in the unanswered questions. It lies in the frantic calls of a mother continually pressing on a speed dial before her daughter comes home 2 minutes after her curfew. It lies in the very concept of a curfew or for a man, a lack thereof.

It lies in the quick movements a woman makes on deserted roads. Continually looking over her shoulder. Hoping that she doesn't find a monster called patriarchy that asks questions like "But why didn't you report?" "Why didn't you scream?" "Why were you wearing this?" Says things like "You deserve it!" "You have a demeanour that is 'prone' to assault"

to go through a medical test that abuses her agency and suppresses her rights.

Agency lies in a disabled woman's clothes when she's asked : "But who are you dressing up for?” “How can you be disabled and wear something like that?” “Why are you wearing lipstick?” “Who do you have to impress?” “Who'll date someone like you?” “Who will marry you?” “Who will take care of you?” “How will you have children?"

Little do they know,

Realizing that I'm worthy of life, of love, and of appreciation has been radical.

Anusha Misra is a 22 year old Psychology graduate from Lady Shri Ram College For Women, New Delhi and a columnist at Feminism In India. She is also the founder of Revival Disability Magazine. She has been featured in publications like The Hindu and Midday Mumbai. She likes to write on themes of Disability, Sexuality and Intersectional Feminism. Follow her magazine on instagram