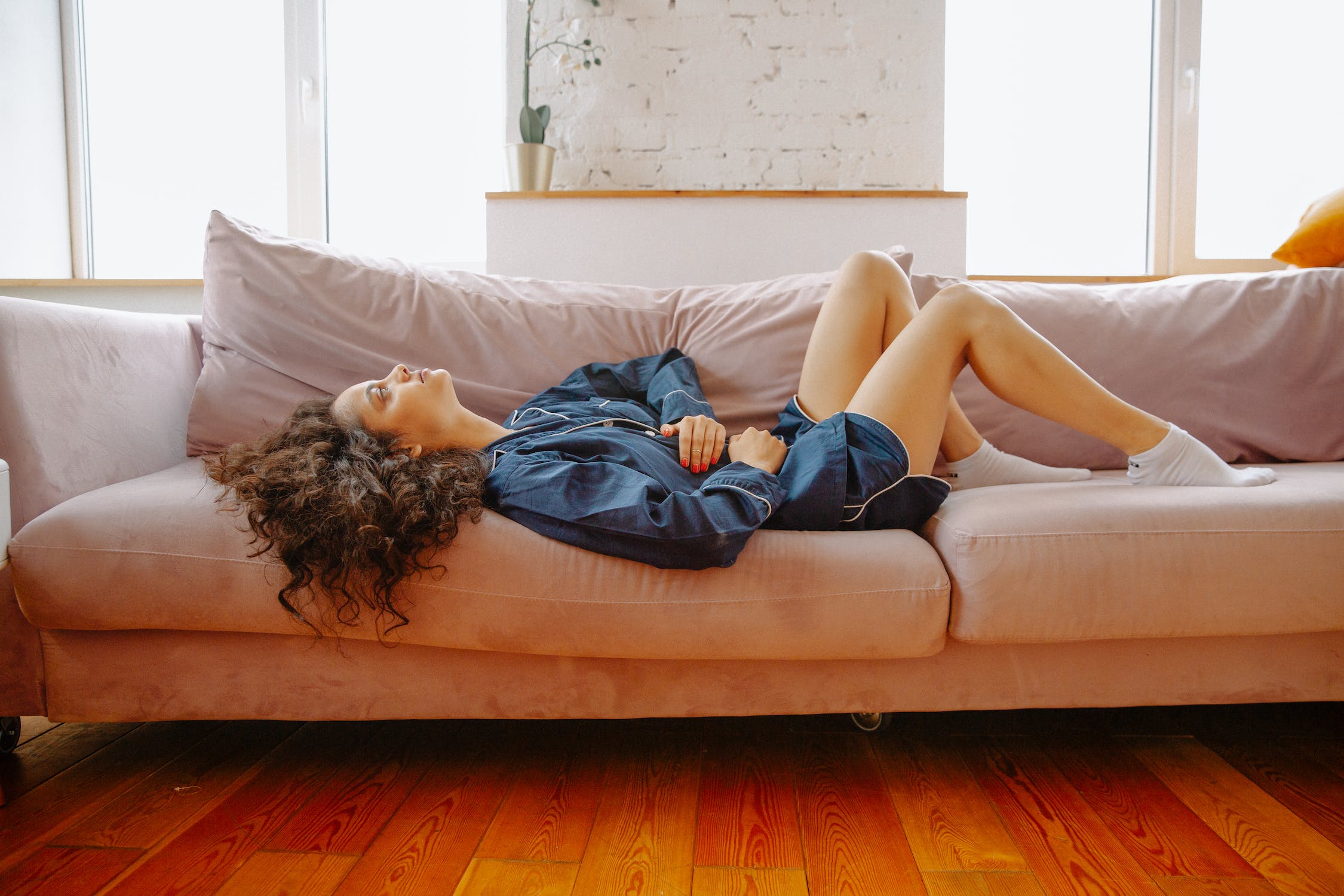 SINCE I WAS 17, MY PERIODS HAVE BEEN A CAUSE OF PAIN, EMBARRASSMENT AND ANXIETY. FROM THE FIRST TIME A MAN ENTERED MY BODY IT HAS BEEN TROUBLE, WAKING UP IN POOLS OF BLOOD AND SCREAMING INTO A PILLOW FROM PAIN THAT I NEVER ASKED FOR, TO ENSURE A FUTURE CHILD I'M NOT SURE I WANT.

As soon as I began taking the pill it was as if my insides rejected the process, the invasion of what was once my own space.

Years of trying to convince doctors to take me seriously drag on, with no resolution in sight, my pain chalked up to inexperienced sex, anxiety, being too rough, being too promiscious. As if my body is not owned by me but a community asset, better not ruin it for the next man.

After years of swapping birth control and trying to find a reason for my discomfort, I had finally decided to get the IUD, as I rang up to discuss options with the receptionist she informed me that their office was running behind. In fact, their appointments are backlogged from April due to COVID-19. Expected, disappointed by not surprised. The situation remained unchanged as my test results confirmed what I had known all along - something was wrong.

I had suspected that my insides were working against me, certain that this is not how other women feel and that this is just not the everyday pain of being a woman - but something more sinister.

Like much pain, emotional and physical, that women endure, we must swallow it, ignore it and wait patiently in line, at our desks as we bleed through our pants and in the bedroom as we wince through pain. I often wonder what the health system would look like if it were the men who had babies, who bled and tore, and how easily accessible and affordable it would be.

The amount of noise they can make, the confidence to demand respect - something as women we forget we are worthy of.

We are taught to shrink, not to be a nuisance, because we all know what happens to women who take up too much space, who talk too loud and demand too much - they end up alone, single, unlovable.

One of the biggest factors working against the feminist movement is the way we are insidiously made to shrink ourselves, from birth to death we must not disturb men, we must not make a fuss.

I had spent many years working in the hospitality sector as a uni student, often working full time to pay my bills as I studied - I was born without a silver spoon and paid for it in late nights and missed opportunities.

The longer I worked in the sector, the less able I was to smile through the constant barrage of hate, sexism, insults and sexual assaults that occured on a daily basis. Eventually, in most places I worked, I became the ‘nagger’ the ‘feminist nazi’ the ‘drama queen’- it turns out that calling out everyday sexism doesn’t make you very popular.

Sometimes the wilful silence, the ‘ignorance is bliss’ tactic and the path of least resistance, is easier than speaking up. I know as well as any woman that the emotional toll of speaking up day after day is exhausting. The pain of having to explain why I deserve respect and equality, why we too are complex human beings seems impossible, but a weight we must carry.

So I wait for my appointment and wait for someone to tell me I’m out of the woods.

Whilst I wait I wonder how many women have been told they’re overreacting, all for it to be an under reaction - and their ultimate undoing.

April is a freelance writer and journalist with a passion for feminism, true crime, coffee, animals and drinking cider on the beach. She spends her days eating at all the best Melbourne eateries, going on crazy adventures (unique Airb BnB's are my love language), keeping up to date with the latest news, posting feminist memes and writing on all gender issues that come her way. She dreams of travelling, writing and making a real change in the world. Follow her shenanigans on Instagram or Twitter