Close
Home / CULTURE & ENTERTAINMENT / WHAT DO REBOOTS HAVE TO SAY FOR THEMSELVES?

WHAT DO REBOOTS HAVE TO SAY FOR THEMSELVES? 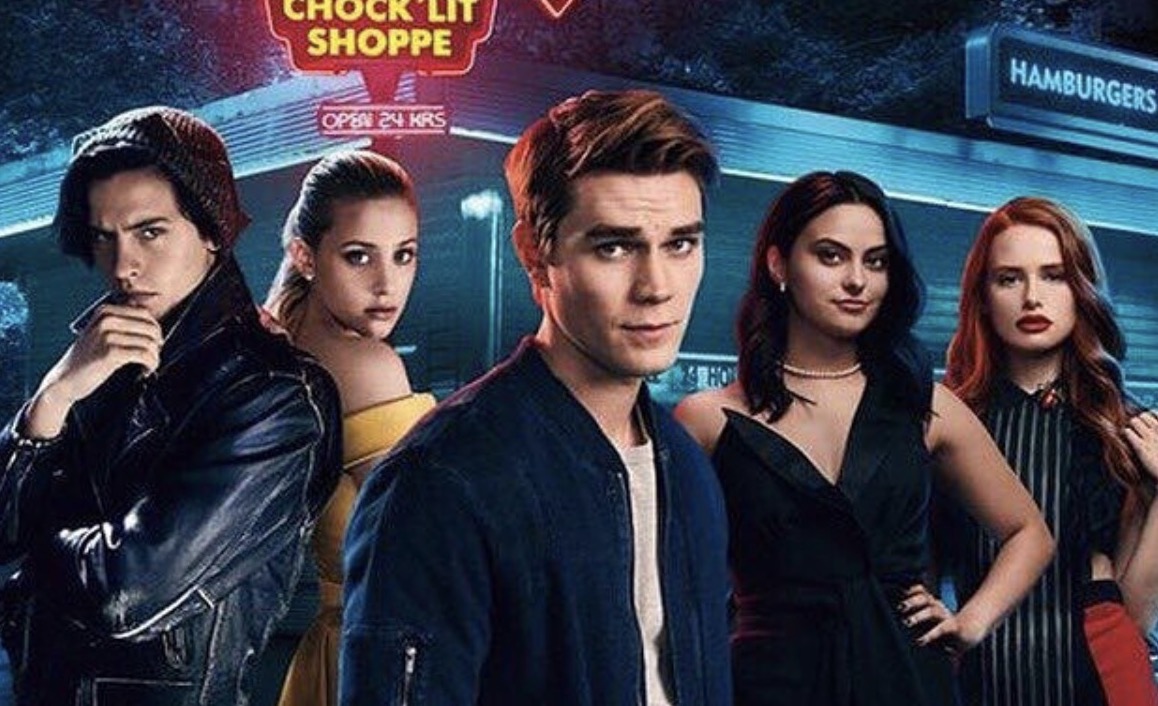 THERE'S NO DENYING IT; WE ARE IN THE REBOOT ERA, AND WE HAVE BEEN FOR QUITE A WHILE NOW. THE LAST FEW YEARS OF CINEMA AND TV HAS MADE IT CLEAR THAT REMAKES OF MEDIA FROM THE LAST DECADES ARE PROFITABLE ENOUGH TO STICK AROUND. BUT WHAT VALUE DO THEY REALLY ADD TO THE ENTERTAINMENT INDUSTRY?

By Alex A. Bensi

Call them what you will; reboots, reimagining’s, remakes, prequels, sequels; at this point they’re everywhere. The concept itself isn’t anything new, but the trend has been in steady growth since the mid-2010s to the point where its now halfway through dominating the focus of some of the largest studios. Today it’s just the new normal. It’s hard to find a weekly film listing or the latest shows without bumping into the news of an old (or not so old) property making a comeback. Despite new Star Wars movies or reimagined 90s shows no longer being the novelty they might have once been, it would be naïve to think that these productions aren’t successful, even if it’s not always for the right reasons.

Although it’s hard to determine exactly how and when this trend started, there are some primary suspects. Specifically, with big film studios like Disney, who had previous experience in repackaging their own products with their stream of straight to video sequels and spinoffs in the early 2000s. But none of it managed to achieve the success of Maleficent, the 2014 re-imagining of Disneys own Sleeping Beauty film, followed closely by a live action Cinderella movie the year after. Similarly, the world of Star Wars came back to the big screen with The Force Awakens in 2015, after it was bought by Disney, and would to this day continue churning out new content not only through its central trilogy, but also with its spinoff movies and shows. The biggest contender for the sequelization phenomenon though, has to be Marvel with its ever-expanding cinematic universe. Started in 2008 with the release of the first Iron Man movie followed by an entire decade of consistent box office hits after Disney purchased the company in 2009. Disney isn’t only relevant for their monopoly on the market though, its influence has gone beyond its own properties. It has set a specific standard for how narratives in remakes must be constructed and what elements of their story they should prioritize. The problem with the reboots is that they’re not only old material in a new package, but an actual response to the original content itself. Their stories don’t exist in a vacuum because their producers don’t want them to, self awareness and metacommentary on themselves has become so popular that its almost expected at this point. These products depend on the fact that the original material exists to function, it’s part of their new identity, hence the constant referencing, winking and most importantly the “fixing”. This can be either narrative, like going over plot-holes or contrivances, especially if they’ve received a lot of criticism in the last few years, or of a more moralistic kind, making the story more progressive for a fresh modern audience.

This last one relates a lot to the problem of the performative wokeness these movies and shows tend to have. Sometimes these changes in the narratives are done out of a genuine desire to make them better or more inclusive, but a lot of times they’re just attempts at making it into the headlines. These companies are not above using political discourse on the news and social media to gain free publicity. Something like J.K. Rowling acclaiming the idea of a black Hermione when the Cursed Child play was coming out was a source for a lot of positive and negative discussion. Both the praising for the inclusion of a woman of color on a previously white role and the backlash for such an action did however end up having the same effect: generating free publicity for the product and keeping the topic relevant for weeks on end. All of this coming at minimal effort and expense from both Rowling herself and the other producers involved in the Harry Potter franchise. The ones who go through the actual emotional labor and consequences of these actions are always the very people in the marginalized groups being brought into the brand as a new gimmick. Sometimes leading to cases similar to what happened with Kelly Marie Tran, who had to delete her social media due to the racist harassment she received and get all but dropped from her subsequent movie, while the multimillion dollar franchise she worked for managed to move with ease. But for all the talk of progressiveness and diversity this industry generates, it seems like they don’t have much to show for themselves. Within the products these modifications generally don’t seem to have much of a point besides making a statement that might have not been needed in the first place. More often than not, the added-on plot lines, characters and sarcastic remarks that try to produce a more feminist narrative are clumsily taken in and out, becoming generic and meaningless in the process. As a result, the remakes end up more bloated with content that lacks purpose or even creates problems that weren’t previously there, making the overall experience worse. This is particularly true for the Disney Princesses live action films and their half-hearted attempts at basic feminism like Belle´s inventor skills in Beauty and The Beast or the witch character in Mulan, both things that go nowhere and say nothing. A lot of these changes made in the name of female empowerment often feel weird and confusing when looking at the overall plot. Not to mention the fact that they sometimes even end up creating the opposite effect: dismissing the needs and wants of the women in their films and taking away their agency over their own stories. There’s also the issue of the edginess some of these remakes try to bring to the table. Presenting them as darker stories to apply a more “realistic” viewpoint when in reality its mostly an effort to add shock value to their products, equating suffering with realism. One of the first and most obvious examples is CW´s Riverdale, which widely deviates from the charming and more positive outlook of its source material to replace it with dramatic, murderous and highly sexualized teenagers. Although we can all make fun of its premise and increasingly ludicrous plot points, its undeniable that Riverdale has had some level of success, since it’s still going strong 5 years after its release. More recent productions still follow in its tracks as well, like the Winx live action reboot, which has already been wildly welcomed with exasperated reviews for its bland grey aesthetic and insistence on grimdarking a story about cartoon glitter fairies. Not to mention the ever approaching Powerpuff Girls and Avatar: The Last Airbender remakes, all of which also promise darker versions of the same stories. It seems that as long as the formula works, there’s no reason to stop its reproduction.

But darker, as we’ve seen, does not mean more mature. The continuous need to make shows like this shows a desire from part of the creators to present our childhood stories from a more “adult” lens. A lens that’s more cynical and sees how real life doesn’t work like the fairytales or movies we loved as kids. But doing this discards also the inherent charm and wonder that was key in the success of the source material. It also just pads the narrative with filler edginess that ultimately goes nowhere, since there’s little point to it besides pointing to the original stories and calling them childish or naïve. In this context the more whimsical aspects get replaced with convoluted reasoning that requires new explanations, making them even more dull and handheld experiences. The viewer isn’t allowed to completely sink into the medium without the story jarring to a halt to make some self-referential commentary or an overcomplicated explanation of what’s going on that will ultimately become its own plothole. These remakes can no longer be immersive creative stories that we can escape to for a while, to explore other possibilities or reflect on our own, they can only serve to be constant metatextual commentary on themselves and the relevant topics around them. Since remakes seem to have become a bit of a circular trend with no apparent end in sight it’s important that we remember who really profits from it all. With their constant rebraindishing Disney has not only saved themselves from facing new or risky projects, it has also managed to renew their copyright ownership over most of their older products. Other big studios, like DreamWorks or Netflix,have similarly bought properties for relatively cheap prices and multiplied their value by brandishing them into fresh new shows and movies with nostalgic value. Companies will not shy away from putting minimal effort into regurgitating their own products with new paintjobs of wokeness or controversial topics if it means it will get them any amount of profit. There’s no loss for them in bad press, even if they get criticized or a movie flops, the brand stays relevant enough for the next project to bring in the money that was lost. The strategy stays the same, if only with a little readjustment.

For the quality all of these movies and shows end up having, and the actual effort that gets put into making them meaningful, cohesive narratives, most of the time they’re not even worth the attention. Not even in internet discussions. The money that gets put into these productions could as well be going into new, creative stories that move the industry forward. It’s not bad to feel exited at a sequel or reboot of something we care deeply about, especially if it promises improvements, a new perspective or solutions on the mistakes of its source. But we must also be aware that there’s no shame in having enjoyed the original piece in its time, flaws and all. If we love something, the best we can do is be critical about it, neither justifying it or changing it for a more modern version will take away what it was. The original content will always be there. And there is no better way of paying homage to it than taking inspiration from what it meant to us and the bases it set to create a new kind of story.

Alex A. Bensi is a trans writer based in Buenos Aires, Argentina, where he studied film and scriptwriting, with minors in literature, academic and creative writing. His work focuses mainly on the perspective of Queer and Feminist Theory in a contemporary context, aiming to create an open and honest discussion about how film and literature interject with these topics. He has worked in several independent short films, documentaries, a miniseries and is currently developing the script for his first feature film.