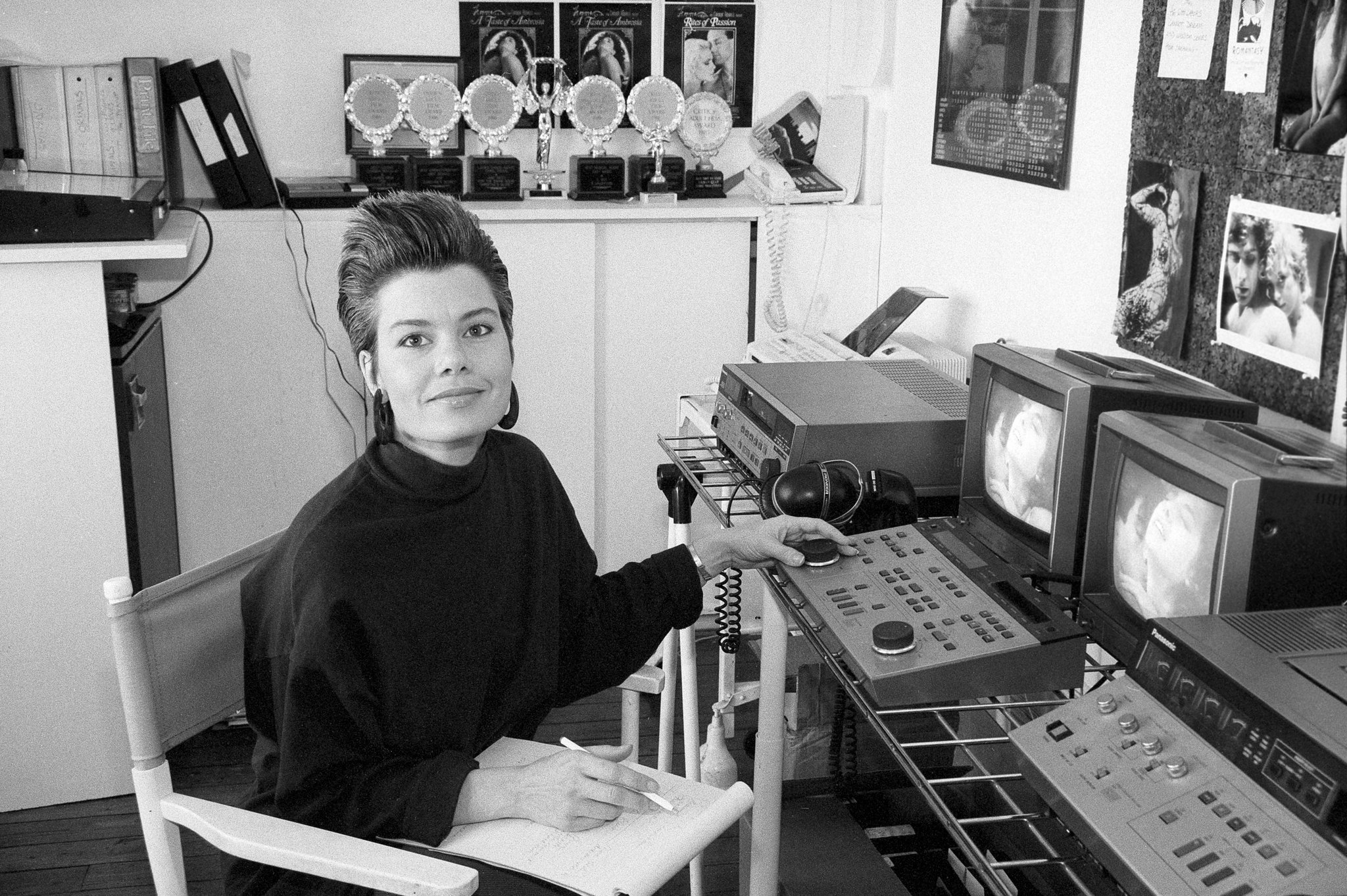 And I fell in love with this crusader for equality. Or just basic decency in some cases.

Dying to know the story behind the story, I plunged into my search engine and began sleuthing. What I found amazed me.

Candida, given name Candice Marion Vadala, started as a folk singer. She studied singing, art, and dance at Purnell School of Design. Paying her dues in small clubs, she quickly learned she could not support herself singing. So, she shifted to street sex work, hustling on her own. In a move of safety, she switched from the streets to the sets in 1975, acting in over 25 movies. All the while, soaking up the profession.

After almost a decade, in 1984, she moved to the other side of the lens, shooting the adult movies herself and founding her own production company, Femme Productions. Because she had learned first-hand what it was to be on film, she changed the way actors and actresses were treated. And exactly as she is portrayed to do on HBO, she spoke to her crew with warmth and patience, but with producers and financiers, she was a tough business woman.

Candy’s whole goal was to bring humanity to pornography and expand the narrow male view to one that included women’s perspective. And she quickly did, breaking the stereotype of the objectified woman and including women’s voices for the first time.

In her films, Candice strove for a more reality-based picture. She used scenarios that we’re more likely to happen in a viewer's life, reasoning it would heighten the sexual thrill if a viewer could picture the scenario on screen happening to them. Making a friendlier, non-degrading adult film was not only for female viewers. This also opened up a world of couples porn. If a person wanted to persuade their partner into watching a dirty flick, bringing home one that degrades women is not going to be sexy to anyone. But Candida saw this flaw and began fixing it, making adult films sexy for everyone.

Candy didn't just make movies, she made an industry. Candice had become a name worthy of admiration and respect. With all her experience, she was asked by many colleges and institutions of prestige to speak out, and was invited to the World Congress of Sexology. In 2004, Candice wrote a book, “How to tell a naked man what to do”, written to women who have a difficulty asking for their own needs to be met in the bedroom (or anywhere!).

Lacey lives in Northern California with her wonderful husband and children. Lacey is a freelance writer, jewelry designer and activist for women's rights and rape reform. Check out her website and follow her on her Instagram accounts @sometimeslacey and @dandylion_recycling