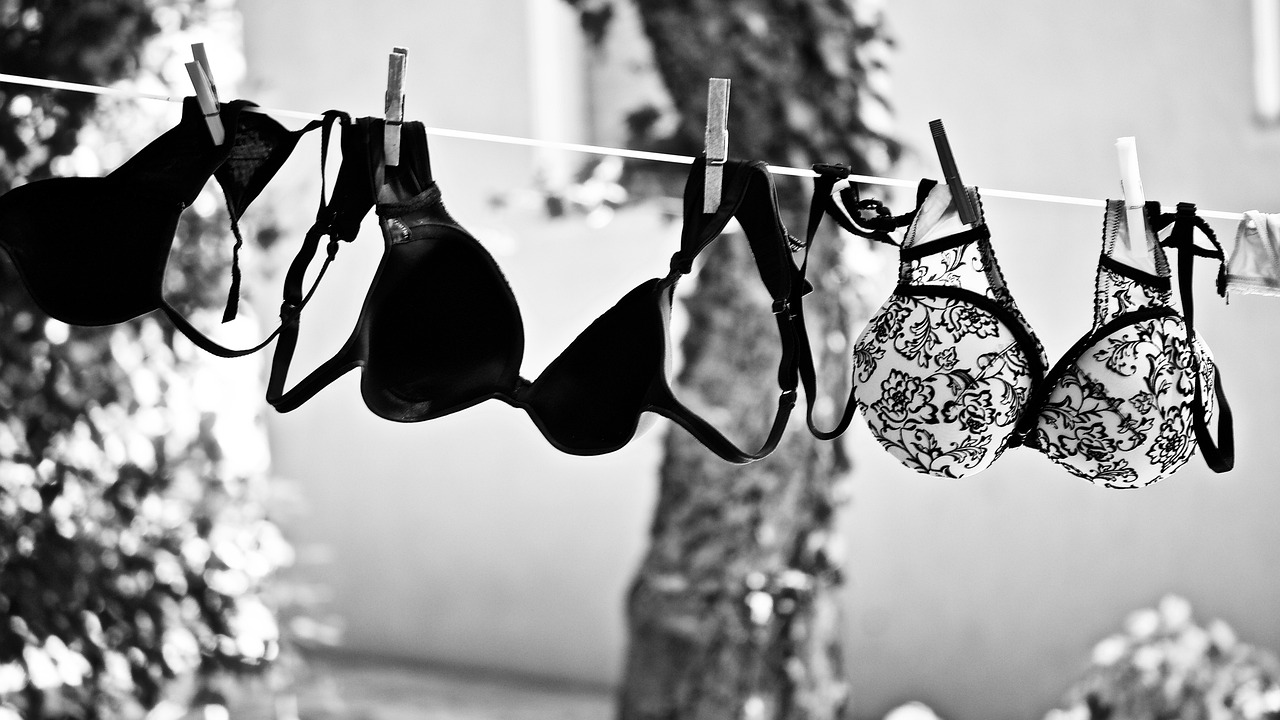 BRAS ARE BULLSHIT. THEY'RE EITHER TOO TIGHT OR TOO LOOSE. THEY'LL STAB YOU THROUGHOUT THE DAY, FALL LIMP AFTER TWO WASHES, AND BUYING A NEW ONE IS ALWAYS INSANELY OVERPRICED.

If you don’t wear a bra, you’ve probably been told that you don’t look put together. If you wear one, congrats honey, you’ve increased your risk of having breast cancer. So why the hell do we continue to put up with this bullshit?

Little girls, as young as eight years old, wear bras. What is the point of that? Why aren’t children allowed to let their fat giggle without being told they need proper support? That sounds like properly perverted to me. Why can’t children occupy normally evolving bodies without being sexualized and forced to rush into a rigid womanhood? I believe its because society perceives young girls as individuals who are becoming women and not treated as children themselves. The pressure to grow up fast is a sickness of a culture that over sexualizes women and does not protect little girls from toxic gender norms.

My guess is the 1930s, when the big lingerie boom exploded in women’s fashion. In the 1920’s, women embraced a more bohemian aesthetic, which in literature has been symbolized by the flapper. The flapper has characteristics of flirtation, drama and a devotion to alcohol and casual sex. Her rejection of gender norms associates her image with that of the wild woman, woman child, and ultimately the dismemberment of the nuclear family. I think that it’s no coincidence that when a woman is confined in her own body, her soul weeps close by with wrists high ready to be chained.

Think about society’s fear of the flapper when someone says “Oohh, I can see your nipples through your shirt.” That person is sexualizing your body and is not mature enough to be comfortable viewing you own your bodily autonomy. Let those titties, flapper about!

Tits hang and nipples exist! Bra sizing and measurements are a guide to hell, regulating a hierarchy between boobs and paving the way to body dysmorphia. Just because fat deposits make women giggle, bounce, wiggle, and shake doesn’t mean we should have to sexualize ourselves. We are human beings not robots shaped for men’s desire and the size of our boobs is really not something important to our existence and overall happiness. Our bra size is not an indicator of our worthiness as a woman in this world.

I already hear it now. But Amanda, I have huge ripe melons!!! I neeeed to wear a bra. No. You. Don’t. Bras are bullshit. I hate it here. Here in Victoria’s Secret that is.